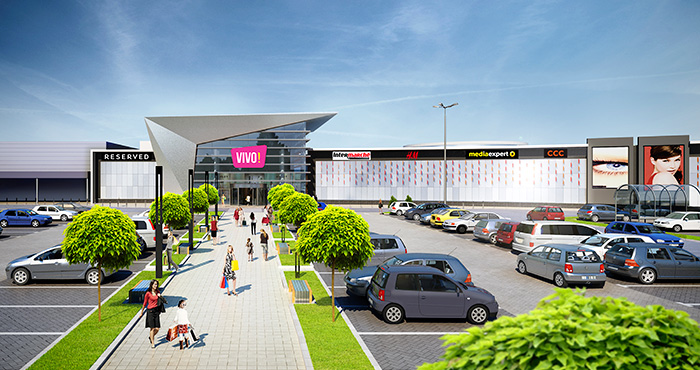 Acteeum Group and Immofinanz AG the entities announced that after VIVO! Stalowa Wola also VIVO!Krosno will be build. The 6ha land in Krosno, located in southern Poland, has been secured. Construction is scheduled to start in Q1,2016 and the grand opening is planned for Q1, 2017. The investment value is estimated at roughly EUR 37 million.

The new shopping center will have approx. 22,000 sqm of rentable space for more than 70 stores as well as approximately 800 parking spaces. The location offers optimal traffic connections in the southern area of the city with direct access to the newly built ring road providing an easy and fast connection of the plot with the city center and the surrounding region. VIVO! Krosno will serve over 400,000 inhabitants in its catchment area including the cities of Jasło and Sanok. The commercialization process started and the design works are ongoing.